How Did The New York Review of Books Get $7.5 Million to Buy Milton Glaser’s Townhouse?

One year after the purchase, the publication has yet to move into the Kips Bay property where New York Magazine was born

Like most high-prestige, low-budget titles, the finances of The New York Review of Books have always been clouded in mystery. Since 1984, it’s been owned by Rea Hederman, the liberal black sheep scion of a southern segregationist newspaper dynasty. Its cultural clout as a favored place for journalists and public intellectuals to publish their most serious work far outweighs its heft, in purely business terms, as a relatively small bi-weekly periodical with sidelines in republishing books and a selection of museum-gift-shop style merchandise. On the one hand, the Review is a place for undiluted, lofty cerebral pursuits. On the other, as is frequently rediscovered on social media, the West Village office overseen by longtime co-editor Robert Silvers, who passed away in 2017, was a haphazard labyrinth of tottering piles of papers and books.

This dissonance of profundity and precarity was particularly apparent in the report one year ago that the Review had purchased a Kips Bay townhouse as its new headquarters from the estate of the legendary graphic designer Milton Glaser for the staggering price of $7.5 million. We’ve asked the Review — repeatedly — to explain how an institution with a relatively humble financial reputation managed to pull off the real estate coup, especially during such a dismal era for print publications. “We don’t have anything to add at this time,” wrote the magazine’s publicist Nicholas During in an email. 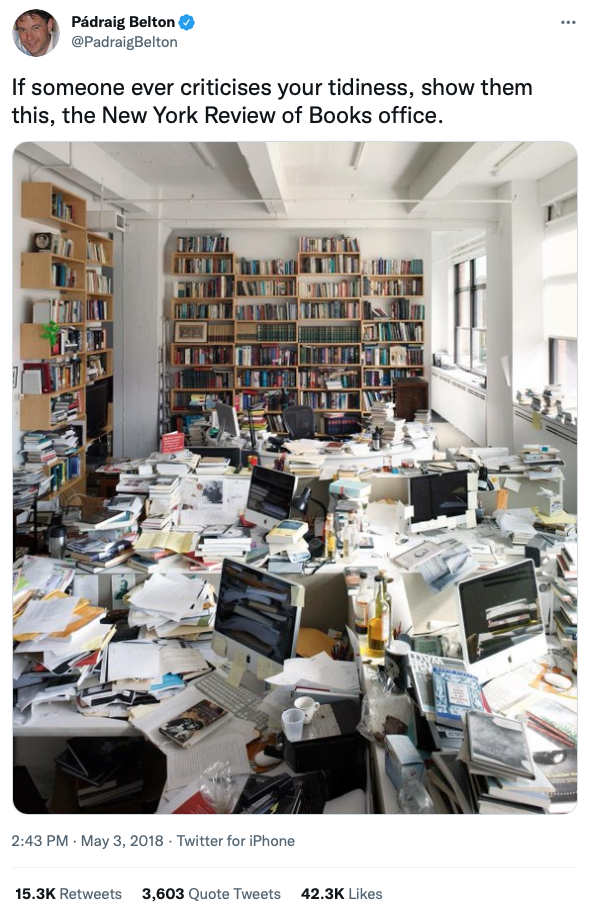 Daisy Alioto, an audience development manager who was laid off from the Review on May 4, 2020, has also raised questions about the publication’s finances in a January essay for Dirt. Alioto recalled the staff toasting around the time property records say the sale went into contract on February 20, 2020. (The deal closed on October 1, 2020.) “In February, we’d opened champagne in the office to celebrate the Review buying Milton Glaser’s old townhouse. I remember listening to plans for what would happen there: events, parties on the roof, cozy nooks to work in,” she wrote. “On my layoff call, it was heavily implied that the Review would not make it until the end of the summer at the current rate of expenditure. As if I should be honored that ‘the premier literary-intellectual magazine in the English language’ bungled their finances so colossally that my $75,000 salary could decide whether Bob Silvers’s legacy lived or died.”

As it happens, and as shown in data released by the Small Business Administration, on April 27, 2020, the start of Alioto’s last full work week, the Review was approved for a Paycheck Protection Program loan of $804,857 (since forgiven) to pay its 57 employees, which, according to the eligibility rules at the time, was meant to cover two and a half months worth of payroll costs. That would suggest that the Review’s total annual payroll expenses for 2019 were approximately $3.86 million, leaving one to wonder how they were able to acquire a building worth almost double that amount.

The property transfer documents filed with the city are not very illuminating. Shirley Glaser, the designer’s wife, signed as the seller, and the buyer is listed as 207 E32 Realty LLC. The two managing members who signed on behalf of the LLC were Daniel Satterwhite, the principal of Houston Street Capital LLC, a firm which bills itself as an investor “in real estate and operating businesses (hospitality, light manufacturing) through both debt and equity,” and Patrick Hederman, the son of the Review’s owner who is listed on the masthead as being in charge of “Rights.” (Emory Hardy, a partner at Houston Street Capital, refused to comment.)

The use of single-purpose corporate entities to shield the identity of property owners is a common obfuscation technique in high-end Manhattan real estate. It’s unknown, based on public documents, who put up the money for the transaction or who controls the LLC created to own the building. However, the deed documents do not include any reference to a mortgage, indicating that it was likely an all-cash sale.

Originally constructed in 1902 as a Tammany Hall clubhouse, the 9,000 square foot townhouse at 207 East 32nd Street had its first major moment in the cultural spotlight after Glaser purchased it in 1965 and used it as a base to launch New York Magazine with editor Clay Felker three years later. 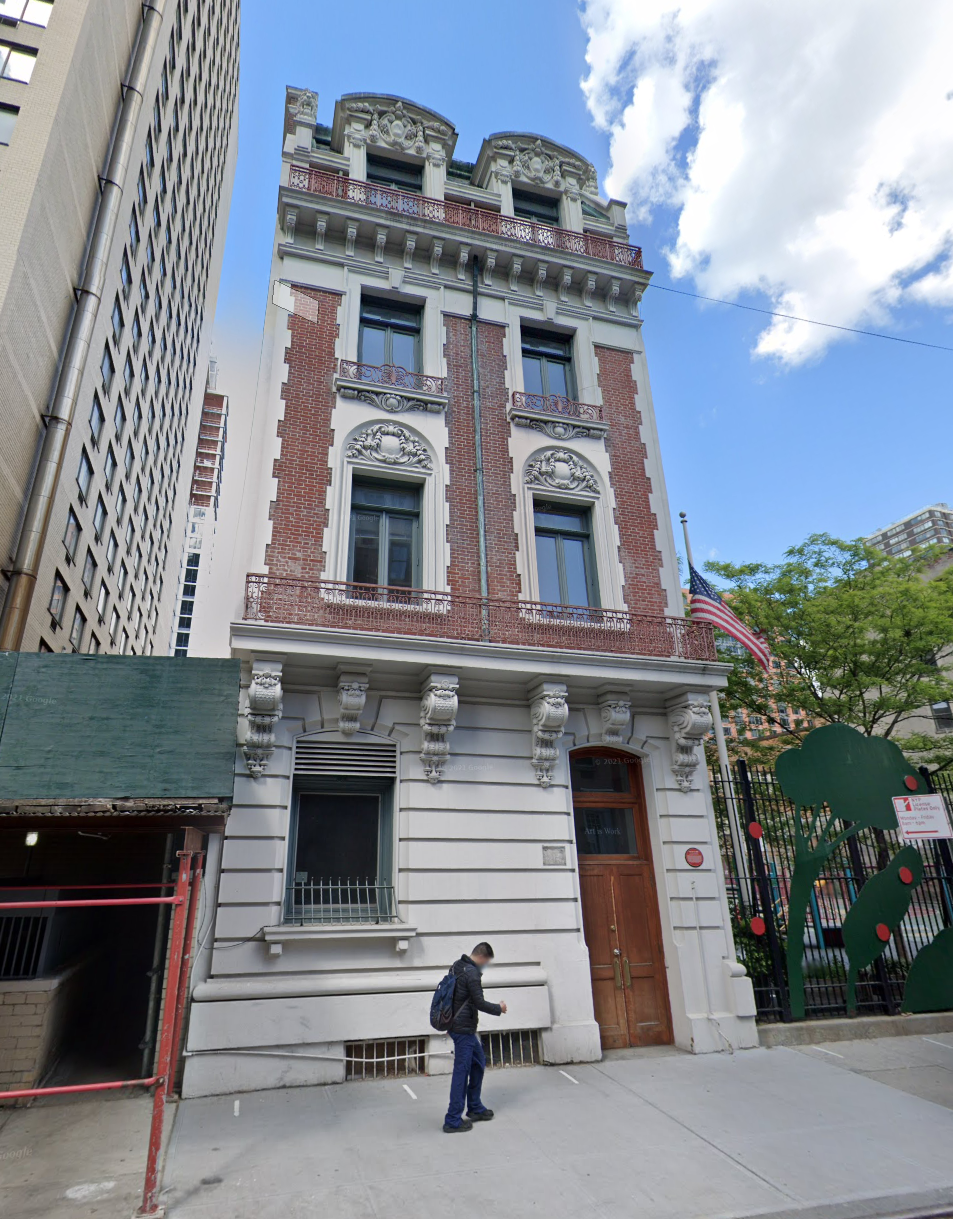 Walter Bernard, who would go on to redesign Time, Fortune, The Atlantic, and The Washington Post, started working in the offices in 1968 after Glaser poached him from Esquire for the nascent New York. The magazine outgrew the premises in 1974, and Bernard moved with it to a new building. But he returned in 1982 when he and Glaser formed WBMG, a magazine design consultancy, and spent more than 30 years working there.

Bernard said the walk-up building became inconvenient for Glaser, who died in June 2020 at the age of 91. “As he was approaching his late 80s and early 90s,” he said, “he realized he couldn’t do the stairs as well as he used to.” So Glaser’s studio moved to an elevator-accessible space in The School of Visual Arts, and he began looking for a buyer for the townhouse.

“He was very happy when he met Rea Hederman,” said Bernard, who recalls seeing the Review’s publisher and his son, Patrick, in the early stages of the sale. When the property was first marketed, the broker handling it floated a price of $12 million, considerably higher than what it eventually sold for. Still, Bernard said Glaser was excited that the Review would be taking over his space. “He really liked the idea of that kind of institution being there,” he said, “but I’m assuming that if that hadn’t happened, Milton would have sold the building to someone who would pay the price.”

But that is not to say the Review got a bargain. “The building needs quite a bit of work,” Bernard said. “It’s not falling apart by any means, but this is the time to redo the electricity and the wiring. The building never had air conditioning built-in, or Wi-Fi and things for computers, so the wires are all around.” The Review’s staff has worked in rat’s nest conditions before, so perhaps they’d appreciate an electrical sprawl as a 21st-century homage to the paper obstacle course of the Barbara Epstein and Robert Silvers era office.

While there’s plenty of space for the staff, they may run up against strict capacity limits when they try to host events. “This building can hold a lot of people,” Bernard said, “the only problem is that there’s only one bathroom on each floor.” As for parties on the roof, that may require some additional investment as well. “You can get up to the roof,” he said. “It’s not a finished roof, but it’s accessible.”

One other issue for the new owners: The property’s eastern edge abuts the schoolyard of neighboring P.S. 116, which means the windows on that side let in a lot of light but also a lot of noise. When the building was filled with designers, that was an asset. “Because we had the windows open, we would at certain times of day hear yelling and screaming from the schoolyard as children played,” Bernard recalled. “That was a nice atmosphere.”

More than a year after acquiring its new home, the Review has yet to move in. “Because of the pandemic,” During explained, “everything has been delayed.”